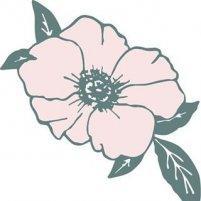 Women who live with endometriosis often have to cope with severe pain and excessive bleeding, and it can also affect fertility. The highly qualified multidisciplinary obstetrics and gynecology team of Southern Crescent Women's HealthCare, serving the populations of Fayetteville, Newnan, and Stockbridge, Georgia, provides effective relief for the symptoms of endometriosis and can help improve your chances of conceiving. Call the clinic today to schedule an appointment, or use the online booking tool.

Endometriosis is a frequently painful, distressing condition in which the tissue that normally lines your uterus, the endometrium, starts growing elsewhere in your pelvic region. These patches of endometrial tissue, which doctors call implants, occur most often on the:

According to figures from the American College of Obstetrics and Gynecology, around 1 in 10 women of reproductive age have endometriosis.

The implants cause problems because they behave exactly as the endometrium does during menstruation, complete with swelling, bleeding, and shedding. This irritates surrounding tissues, and in some cases, scar tissue forms that can stick organs together. The irritation, bleeding, and scarring all contribute to the degree of pain you feel.

What are the symptoms of endometriosis?

Some women who have endometriosis don’t experience any symptoms, but for many women, endometriosis causes chronic pelvic pain that typically worsens around the time of their period. Other symptoms depend on where the endometrial implants are growing, but could include:

Endometriosis also causes problems with fertility, and around 40% of women who are having problems conceiving are likely to have endometriosis.

How is endometriosis diagnosed and treated?

Your provider at Southern Crescent Women's HealthCare listens to your description of the symptoms you’re experiencing and carries out a physical exam, which gives them a good idea of whether endometriosis is the problem.

To confirm a diagnosis, your provider carries out a laparoscopy, a form of endoscopic surgery in which your provider can see where endometrial implants might be growing, and take tissue samples for analysis.

The initial treatment for endometriosis is medication, which could be:

In some cases, surgery may be necessary to remove implants and scarring. Surgery generally relieves endometrial pain, but there’s a risk that the problem may return in the future. Taking a course of hormonal medication following surgery helps to maximize the benefits.

If you’re struggling with painful periods, arrange a consultation with one of the expert providers at Southern Crescent Women's HealthCare by calling the clinic today, or booking an appointment online.